These couples (from books and movies) are ones that lift my spirit and thrill me with the beauty of their relationship, the dynamics of the personalities coming together, meshing you might call it. Chemistry is always a main point for me, so if I really like a couple, there has to be chemistry . . . often, the writers of these relationships are ones who I admire and hope to emulate in my own original character relationships. Who are some of your favorites? I tag You, my reader, to make a post featuring some of your favorite couples in literature and cinema.  ♥

Edit: I decided to make this a post mainly about movie couples, some of which come from the adaptions of favorite books. I also plan on posting one on my favorite animated couples 😉 As well as favorite book characters, etc. But it takes a good deal of philosophy to sort through the reasons as to why a certain character in literature appeals, and I want to save this for a separate post!

{Warning: this will be a pretty dang long post. Sorry. You’ve been warned. :3) But hey, it is mostly gifs!}

Jack and Kate from LOST:

Erik and Christine from Phantom of the Opera:

Mr. Darcy and Elizabeth from Pride and Prejudice (my favorite is the miniseries from 1996):

Matthew and Mary from Downton Abbey:

Jane Austen and Tom Lefroy from Becoming Jane (especially because it is based off of her real life sort of, so it COULD have happened, even though it might not have . . .):

Haha, do you notice how almost all of the above couples are from British shows? Yep.

Ron and Hermione from Harry Potter Series (because hey, their just so cute together):

John Thornton and Margaret Hale from North and South: 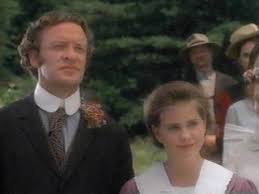 Laura and Almonzo Wilder from Little House on the Prairie (I was a starry-eyed little girl when I saw their relationship play out in Season 6, aww) 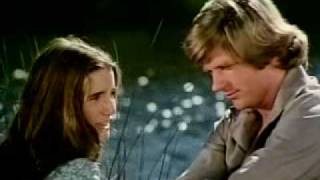 Ben and Abigail from National Treasure (for the hilarity and sweetness of it):

Colleen and Andrew from Dr. Quinn! 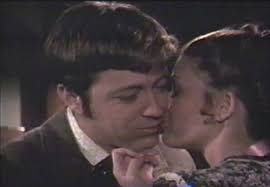 Jo and Laurie from Little Women (but I love Jo and Mr. Bhaer even more!):

SIDENOTE: Notice how they are so awkward, and all the British couples above are all elegant and totally graceful even when their awkward . . . just noticing something funny. I ♥ American literature . . .

Vinicius and Lygia from Quo Vadis (but Lygia seriously annoys me, because she was always crying and fainting and whatnot . . . 😡-.-)

2 thoughts on “Heart skips a beat”